Released in 1987, the Roland D-50 Linear Synthesizer is easily one of the most influential keyboards ever made. This revolutionary instrument helped define the sound of the late ‘80s with its instantly recognizable mix of sampled attacks and synthesized sustaining waveforms, plus built-in chorus, reverb, and EQ. It’s the basis of classic tracks in a wide range of genres including synth pop, new wave, new jack, and R&B, and can be heard in countless film scores of the era. With the Roland D-05, you get the iconic sound and dedicated control of the D-50 in a modern device that perfectly recreates the legendary synth down to its finest details.

When most people think of vintage synthesizers, they think of analog beasts with lots of knobs and sliders. The 1980s ushered in something new: sleek keyboards with digital engines that brought musicians and producers a totally new palette of sounds not previously possible with analog.

Name a famous track from the late ‘80s to early ‘90s and there’s a good chance it was built around one or more Roland D-50 sounds. Unabashedly digital, the D-50 has taken its rightful place in the hallowed halls of classic vintage synthesizers. Its sound is unique and beautiful, and it brings a certain “something” to your tracks that you just can’t get anywhere else.

The ’80s were a dynamic period for pop music. Producers were trying new things, looking for new sounds, and new genres were being forged at a furious pace. From 1987 on, the Roland D-50 was massively influential and appeared in studios and on stages around the world. Some of the most revered recording artists in history have used the beautifully crafted presets, unaltered, as the cornerstone of huge international hits. There’s just something about the quality of its sound that grabs you. And with the Roland D-05, we celebrate the 30th anniversary of this trailblazing synthesizer by putting all the powerful beauty of the D-50 into the modern Roland Boutique format.

So, what exactly made this synth so attention-grabbing? The D-50 used an innovative mixture of short, sampled attack transient waveforms blended with digitally synthesized sustaining sounds. This technique, dubbed “Linear Arithmetic (LA) Synthesis,” offered the realism of expensive (at that time) digital samplers, the expressiveness of a synth, and the polish of a high-end studio thanks to onboard digital effects. It’s no wonder the D-50 became one of the best-selling professional keyboards in history.

But thirty years on, the combination of sampling and synthesis is as relevant today as the era in which the D-50 shined so brightly. Dig deeper into the structures of the LA Synthesis sound engine and you can create powerful percussive patches, smooth ambient pads, and staccato sequencer sounds that give you that “something new” you’ve been looking for.

The compact form factor of the Roland Boutique line provides professional synthesizers designed to fit in any studio, stage, or music space. At the D-05’s core lies the first synthesizer with Digital Circuit Behavior (DCB) technology combined with the exact PCM attack and loop samples as the original D-50, precisely recreating every tonal nuance in stunning detail. The user interface is totally authentic as well, with the inclusion of plenty of direct-access controls. Even the all-important joystick is included to smoothly morph between different mixes of Upper and Lower Tones, perfect for performance and sound design.

But the D-05 also has some exciting updates. The 64-step, polyphonic sequencer is great for performance and sparking new ideas. It can store tempo and patch changes, and can sequence shuffle and gate timing. And the built-in arpeggiator adds movement to the already evocative sounds. The D-05 is rugged and compact, runs on batteries or USB power, and can go just about anywhere. You get flexible connectivity with audio and MIDI over USB, space-saving 1/8” analog jacks, and 5-pin MIDI ports. The D-05 can even be an audio interface for your computer, meaning less stuff to carry around, fewer cables, and faster setup.

And because the D-05 is compatible with Roland Boutique accessories, you can put it in the optional DK-01 Boutique Dock for a compact enclosure that offers various tilt options, or the K-25m Keyboard Unit for a fully playable D-50 that slips into a backpack. With all this power and flexibility, you may be most surprised by the D-05’s affordable price, which puts the iconic D-50 experience within reach of just about anyone. 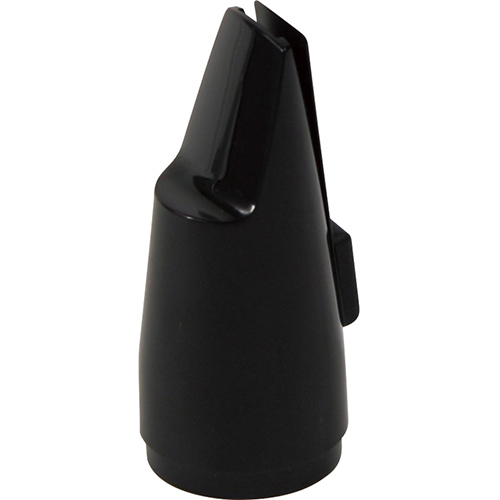 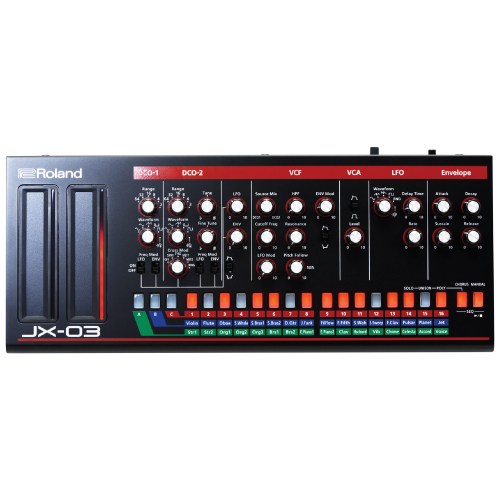 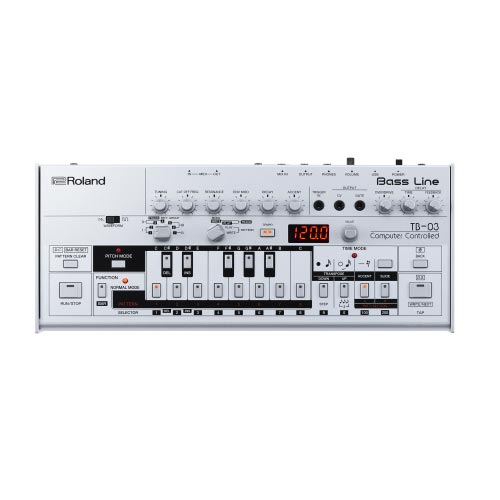 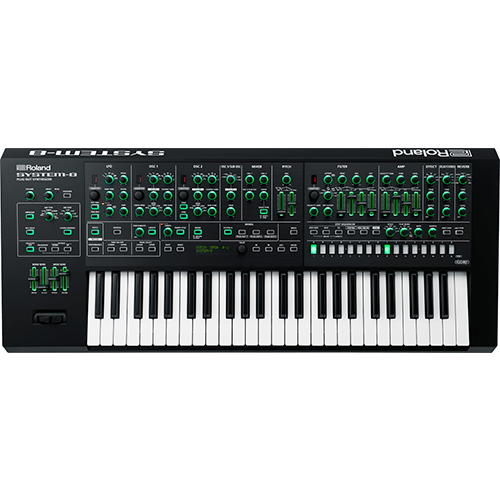 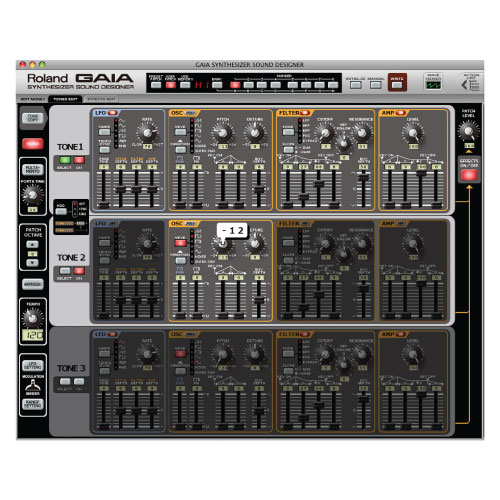 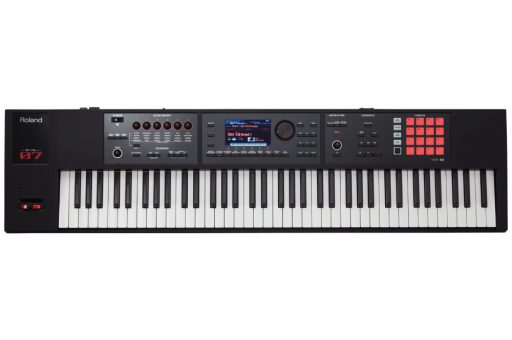 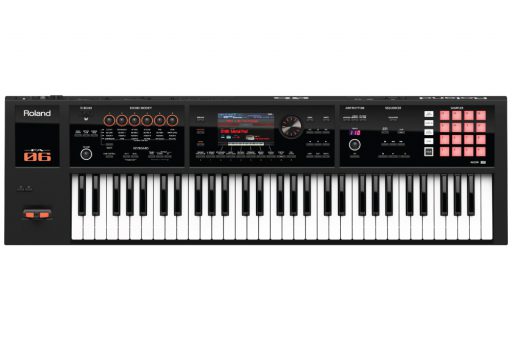 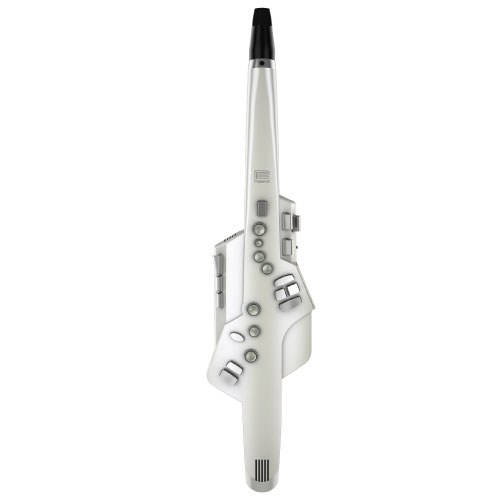 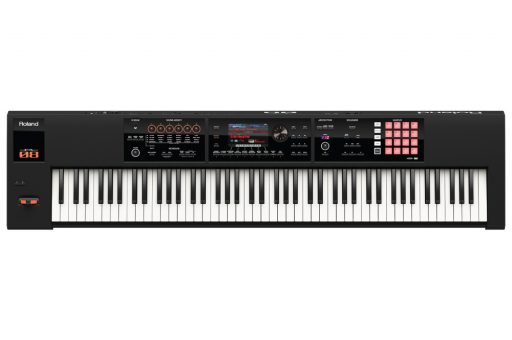 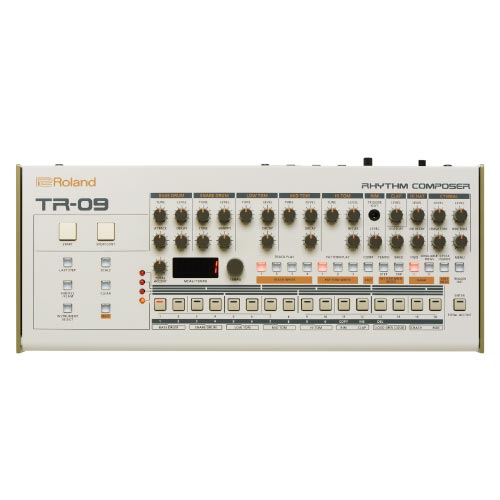 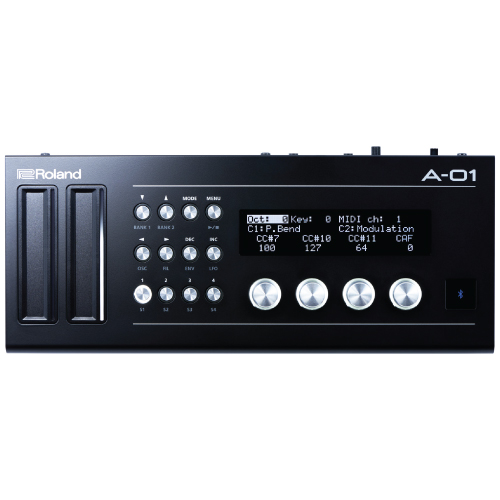 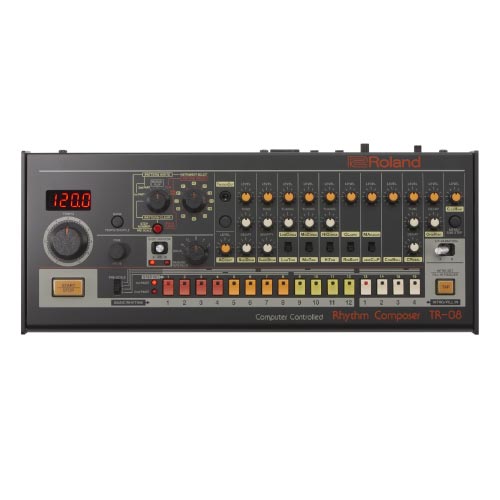 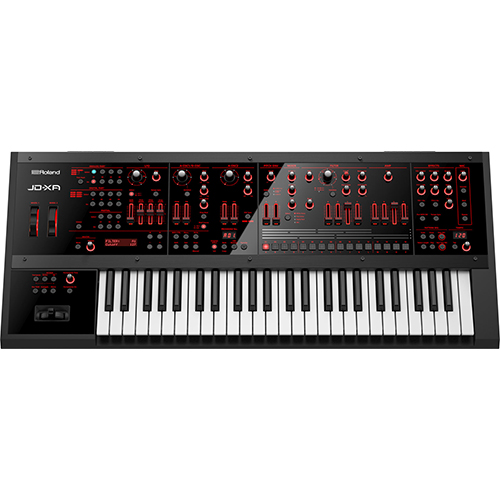